This is a guide for Professor De Groot's Speculative Fiction course.

How do I start?

You have two options:

2) Look at the Uther's The types of international folktales for inspiration on what motifs to look for in Thompson's index.

Both sets of books are on reserve for this course (Spring 2017).

Motif: a term used by folklorists to describe individual details within a tale.  A motif may refer to a character, action, setting, or object.

Descriptor: a short verbal explanation of what each motif is about.  For example, the descriptor for motif A1010 is “Deluge,” meaning that motif A1010 describes world floods such as the one survived by Noah.

Motif number: Motif numbers, which usually consist of a letter and then a series of numbers, are a shorthand way of referring to specific details found in folktales.  The motif number for “Deluge” is A1010.  Unless otherwise indicated, numbers given by Tales Online are taken from Stith Thompson’s Motif-Index of Traditional Folk Literature. Bloomington: Indiana University Press, 1955, 6 vols.

"Just as the early publications of folktale collections led folklorists to realize that the same tales existed in different times and in different countries, it also led to the realization that there were certain details in folktales that showed up in many different tales. Some of these details were characters, such as the wicked stepmother or the wicked witch, while others were plot details, such as the importance of the number three, or the fact that trolls turn to stone when they are caught by the sunlight. Folklorists call these details motifs, and in 1955 Stith Thompson compiled a five volume list of these narrative elements, and a one volume index, into the Motif Index." Esther Clinton of Tales Unlimited, Inc.

A motif is a recognizable, recurring narrative element in folktales or stories. Examples include:

Information from much of this guide is borrowed from the help page of "Tales Online" from the University of Alberta in Canada. 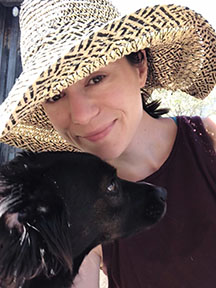